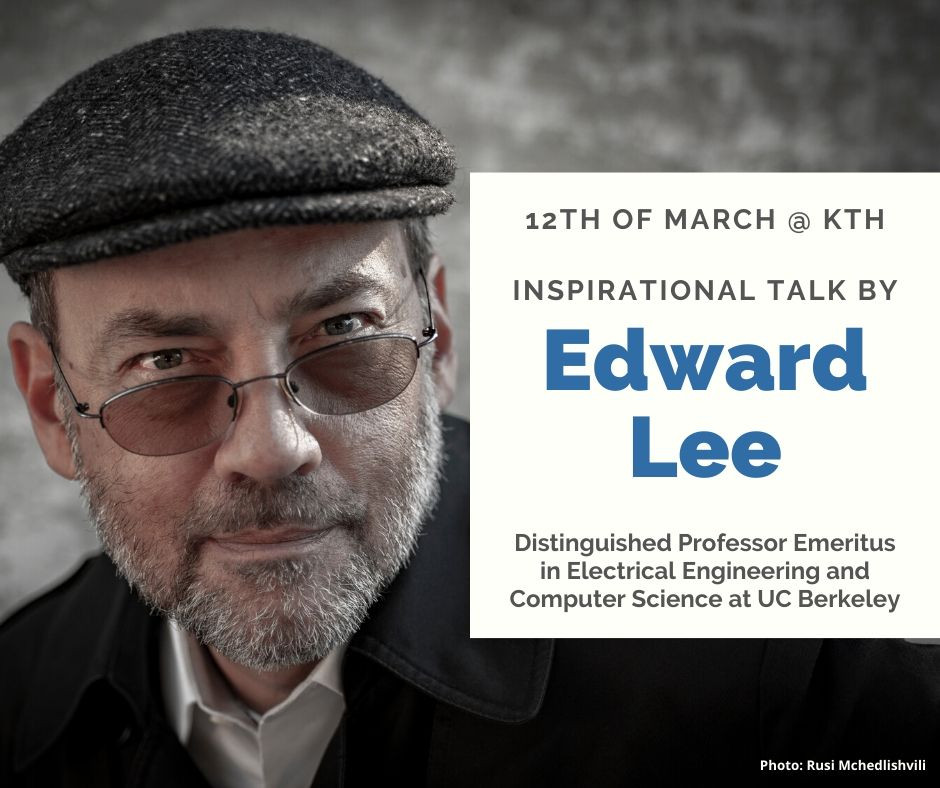 Edward A. Lee, Professor of the Graduate School and Robert S. Pepper Distinguished Professor Emeritus in Electrical Engineering and Computer Science at UC Berkeley, will join us for an Inspirational talk. Professor Lee’s research group studies cyber-physical systems, which integrate physical dynamics with software and networks. His focus is on the use of deterministic models as a central part of the engineering toolkit for such systems. He has led the development of several influential open-source software packages, notably Ptolemy and its various spinoffs.

Concurrent and distributed software based on publish-and-subscribe, actors, and service-oriented architectures are sometimes used to realize distributed cyber-physical systems. Broadly, these mechanisms compose software components that have private state and communicate with each other via message passing and/or remote procedure calls. However, the underlying mechanisms are less deterministic than they could be, and for some cyber-physical systems, the resulting unpredictability is debilitating. In this talk, I described some simple challenge problems that are common in distributed cyber-physical systems and extremely difficult to solve using any of these methods. I  offer an alternative model of computation that we call “reactors” that solves these problems simply and elegantly and that is able to leverage decades of results from the real-time systems community. The reactors model is being implemented in a coordination language called Lingua Franca, which extends messages with logical timestamps that provide a semantic ordering. By leveraging synchronized clocks, an efficient distributed implementation guarantees determinacy when network latencies and clock synchronization error remain below assumed bounds.

Book your seat below!