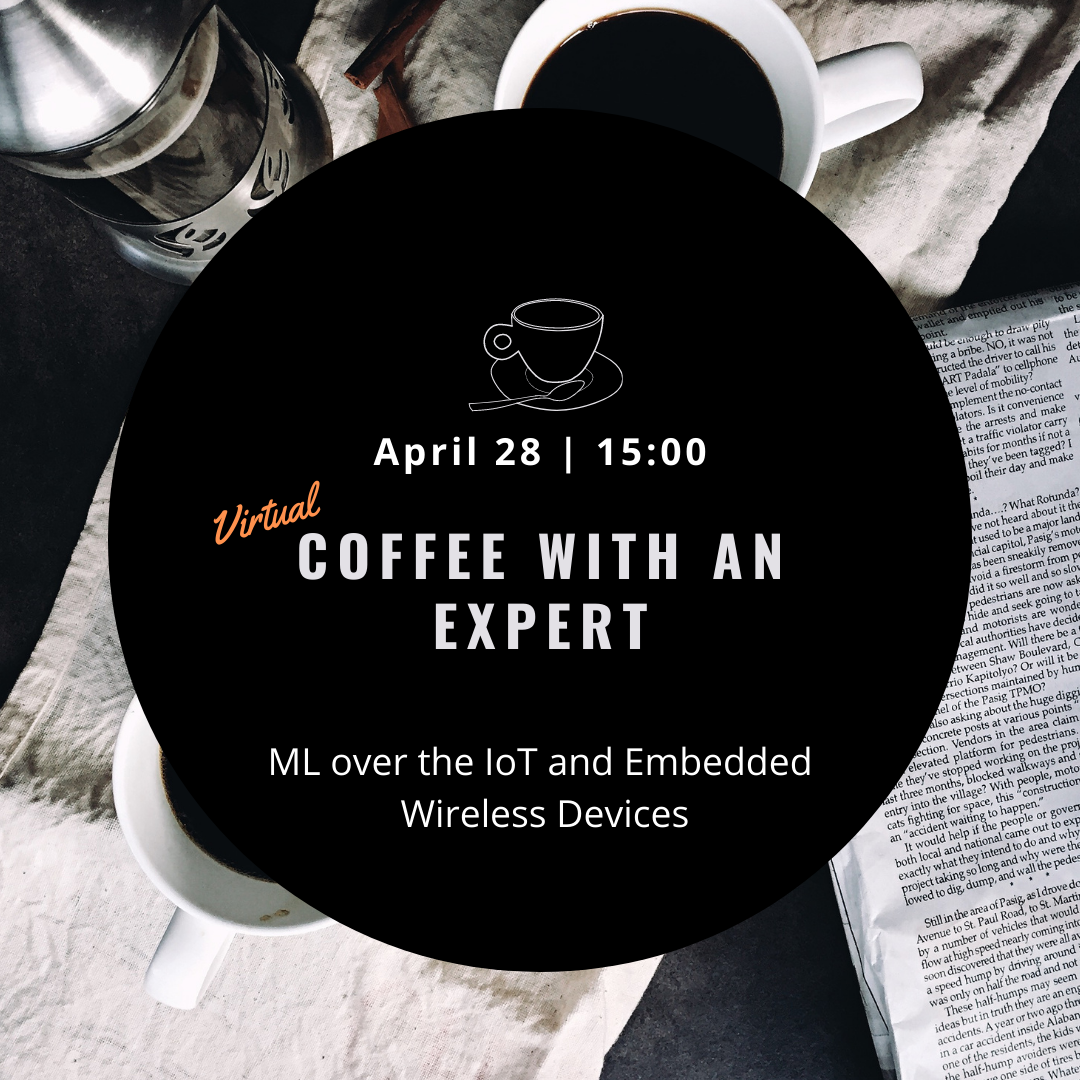 On April 28, KTH Professor Carlo Fischione from the division of network and systems engineering will hold a talk about Machine Learning over the Internet of Things and Embedded Wireless Devices.

The event will be held via Zoom and more information about the event will show up here. You can register for the event below, in order to get the zoom link before the event starts.

In te current digital technological revolution—i.e., the “connected world” enabled by wireless Internet of Things (IoT) — IoT systems play a major role in generating data. Hence, it is natural to use Artificial Intelligence (AI) and Machine Learning (ML) in IoT to achieve the same success as in robotics, computer vision, speech, and text analysis. For example, in smart cities monitored by the wireless IoT, AI could greatly minimize vehicular energy consumption, reduce noise and environmental pollution, minimize accidents, and monitor drinking water with considerable health and production savings. In Industry 4.0, wireless IoT and AI are expected to improve production efficiency by order of magnitudes. More in general, AI can be used to operate wireless IoT networks, whereas wireless links could gather data or implement AI procedures distributively. However, to achieve all of this, we would need the luxury of abundant, clean, timely, and centrally collected data where automatic applications or network management decisions have to be taken; and adequate computational resources across most of the IoT network units. Is this realistic?

Unfortunately, the answer is no. In wireless IoT, data sets of any size and quality will be produced by distributed units (often embedded units), which may not be able to perform state-of-the-art AI computations and may not be able to share data over communication networks due to energy, computational and bandwidth limitations of the wireless communication channels and protocols, or even security and privacy concerns.

In fact, existing AI methods somehow applicable to wireless IoT are mostly intended for proprietary, high performing networks of processors (e.g., in data centers). They would greatly stress public wireless networks, particularly for dynamic retraining and inference. In short, AI in wireless communications suffers from a lack of fundamental theoretical understanding, which is exacerbated by the poor performance of existing AI when deployed in wireless IoT systems. Moreover, the successful application of AI in wireless IoT requires vast domain knowledge within information and communication theory. Hence, the mere use of state-of-the-art AI solutions borrowed from the fields of robotic, computer vision, or speech and text analysis will lead to inefficient implementations with mediocre performance unless we fundamentally advance AI for wireless IoT.

In this seminar, we highlight the need of establishing a new fundamental theory for machine learning over wireless IoT networks. We give an overview of the state-of-the-art and some of our recent developments.

His research interests include applied optimization, wireless, sensor networks, Internet of things, and machine learning. He has co-authored over 200 publications, including a book, book chapters, international journals and conferences, and international patents. He received a number of awards, such as the “IEEE Communication Society S. O. Rice” award for the best IEEE Transactions on Communications paper of 2018, the best paper award of IEEE Transactions on Industrial Informatics (2007), the best paper awards at the IEEE International Conference on Mobile Ad-hoc and Sensor System 05 and 09 (IEEE MASS 2005 and IEEE MASS 2009), the Best Paper Award of the IEEE Sweden VT-COM-IT Chapter (2014), the Best Business Idea awards from VentureCup East Sweden (2010) and from Stockholm Innovation and Growth (STING) Life Science in Sweden (2014), the “Ferdinando Filauro” award from University of L’Aquila, Italy (2003), the “Higher Education” award from Abruzzo Region Government, Italy (2004), the Junior Research award from Swedish Research Council (2007), and the “Silver Ear of Wheat” award in history from the Municipality of Tornimparte, Italy (2012).

He is Editor of IEEE Transactions on Communications (Machine Learning for Communications area) and IEEE Journal on Selected Areas on Communications (Series on Machine Learning for Communication and Networking), and has been serving as Associated Editor of IFAC Automatica (2014-2019). Meanwhile, he also has offered his advice as a consultant to numerous technology companies such as ABB Corporate Research, Berkeley Wireless Sensor Network Lab, Ericsson Research, Synopsys, and United Technology Research Center. He is co-founder and scientific advisor of ELK.Audio. He is Member of IEEE (the Institute of Electrical and Electronic Engineers), and Ordinary Member of DASP (the Italian academy of history Deputazione Abruzzese di Storia Patria).